James Pack maintains his own website and wrote up quite a profound and honest piece. A very honest and straightforward perception on one’s experience with feeling abandoned. And, the most gut-wretched profound insight was this:

…where is everyone else? What happened to all the people who said they cared about me? I claim part of the blame for not doing more to keep those people in my life. Everyone gets so busy, you have to schedule a month in advance just to go have breakfast with someone. Or they live in another city or state. When did the world become so disconnected? Why did I put so much time and effort into social media? Why can’t I make a connection with another human being?

These are the very same honest questions I ask myself over and over again. What you may not know is that I suffer from depression and isolate myself. I become angry, resentful, upset, and disillusioned with life.

It is in these quite moments where much of my own personal emasculation occurs. It is a deep and reflective process of all the good, all the bad, and all the regrets. Sadness exists. Disappointment reminds. Rumination is running rampant like an out of control child. I sulk in my own mire of loneliness wondering where my pack is.

Where are my fellow brothers? My greatest fear is that of growing old and being that one lonely old man at the end of the street.

What you may not know is that there are many silent men out there who are afraid to show their emotional vulnerability. Men who feel the need to suck it up and deal with it.

The conversation centering on toxic masculinity is an eye opener for many people. Regardless, I am one of those silent sons. An adult child of an alcoholic and family dysfunction. Yet, alone to deal with my own demons and consistent castigate of past mistakes and regrets.

I threw myself into work, focusing on other people’s needs, other peoples issues, and forgetting to care for my own needs. On the other hand, I have met some good men – young and old – who struggle with their own depression and mental health issues. They suffer substance use disorder.

Recalling the death of my own mother, and the aftermath, caused some serious consternation. I drove from Seattle to Spokane to be at her bedside with family. Young daughter with me. After she passed, and time spent with my father and two sisters, my nephews and niece, I drove back to Seattle. Took some time off from work and then returned to Spokane for the funeral services. When I came back home, I spent about a week in deep mourning. Recalling that all I wanted to do was crawl into a bottle.

I also was facing an eviction because I had to spend the rent money on getting myself to Spokane and back. When I reached out to the Church, and various Churches within the community for help, I got push back or ignored. This further entrenched my belief that I am truly alone in the world and that no one fully understood or took the time to care.

It came down to blocking them. I had no energy, or the time, to argue with them. One of the most difficult and trying times where I had to walk alone in my life without anyone there to bring any form of comfort.

Like James Pack asked: Where is everyone else? I asked myself what I had done wrong. How come no one called upon me. Where was the Church when I needed inspiration, guidance, comfort, and people to surround and love on me and to encourage me. I literally white-knuckled myself through the mourning process.

I ended up having to walk away from my apartment. I have had to deal with my own personal struggles. And, every time I hear this song, reminds me of how my life has become:

Yes, to some, it sounds quite depressing. For me, it is an anthem to many of us who are struggling. Silently battling our own depression, anxieties, and issues we are facing day in and day out.

Yet, here I am, still standing, still moving forward, still wanting to influence and inspire, and share my story to other men who are struggling. To stand firm and know you are not alone.

And, for me, what helps strengthen me is my faith in Christ. What helps me got through those times is seeking God’s guidance, comfort, and wisdom. And, sometimes, it is merely just taking that moment of loneliness and praising Him and seeking him.

And, yes, when I cry – I am letting go of all those heartaches that are carried deep within my soul.

And, the strangest thing is this. Something you may not know is that people do message me. Most of the time, it is because they are hurting, broken, and in need of counsel and guidance. I don’t turn them away. I listen, I respond, provide insight and encouragement. Then, they are off living their own lives.

The greatest battle we may face is to stand alone and face life and not be afraid. Instead, we are called to be courageous and strive to become better – even if it means when we find ourselves alone and forgotten.

The reason we are alone to fight our own personal battles is because that is where we gain our strength and wisdom. It is in those moments of abandonment and loneliness that we come face to face with who we are and what we desire the most. 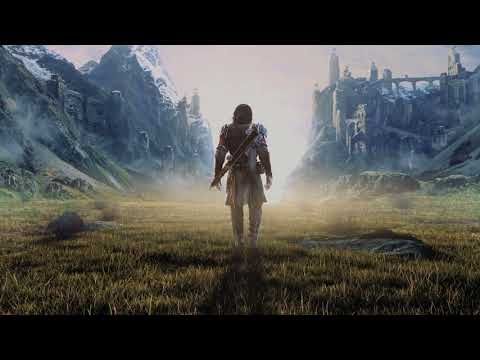 At the end of the day, I thank James Pack for his post. As I have commented:

I saw this yesterday. I felt drawn to reading it, however, feared that if I did, I may be confronting my own questions that are similar to yours. So, here I am having read this and saying to my self – “Holy shit, this guy gets me”. Seriously, I deal with the same thing. Wondering where people are at. I feel that I am the one who has to reach out and initiate conversations. In fact, I messages a guy from a meeting I had started attending and he asked how come I have not been around. I thought, “How come you never messaged me or called me to ask what was going on?” I ended up responding back what I’ve been dealing with and the response, typical. “Oh sorry man, I’ll pray for you. Hope it works out.” Story of my life here. It’s a real struggle. Thank you for writing this and sharing this. Forced me to confront what I really was ignoring, the truth of how I’ve been feeling lately. 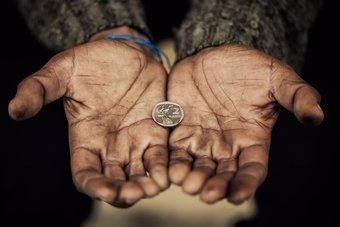 Timothy R. Berman has been a content strategist for a number of years. He has written two unpublished novels for National Novel Writing Month and is presently working on revising both manuscripts. He possesses over 7 years of experience as a Substance Use Disorder professional specializing in medically assisted treatment. Timothy has provided evidence-based practice toward a holistic recovery for individuals suffering from opioid substance use. He also possesses over 14 years of content writing, editing, proofreading, and publishing to various communities, websites, and blogs. View all posts by Timothy R. Berman

5 thoughts on “What you may not know”

This work is licensed under a Creative Commons Attribution-NonCommercial-NoDerivatives 4.0 International License.

Money earned through affiliate links is just another way for me to earn a little extra income so that I am able to continue maintaining this website, research, and produce quality and inspiring articles. It is also to help connect you with the right sources of information for further study on the Restored Gospel of Jesus Christ. If you choose to purchase something through me and use one of my affiliate links, it is greatly appreciated, and I thank you for your support.

Apologia of the Church of Jesus Christ of Latter-day Saints

Inspiring people to discover Christ and live with meaning and purpose

"Share the goodness of God every moment you get"

Diving into the Bible
The Devotional Guy™

A Blog by Rainer Bantau

The Fight of Faith

Devotions of the Heart

The Nooks and Crannies of Mormonism
Pointing Toward Hope

Find messages of Christ to uplift your soul.

Modeling the mission of Christ by Growing, Serving, and Loving